We had the extreme honor and pleasure to have Dave Seaman answer a few questions regarding a variety of topics.  We started off asking him about his teenage years, when he entered a competition run by Mixmag.  The winner of the competition would receive a trip to the New Music Seminar in New York.  At that time, the New Music Seminar was the “equivalent of what the Miami Winter Music Conference is today,” said Dave.  He ended up winning the competition, and therefore, the trip.  Soon after that, he was offered a job at DMC, which owned Mixmag.  What started as him “just making tea”, quickly turned into a job “writing reviews and doing interviews”.  This continued until Mixmag’s editor unexpectedly quit.  “I was thrown into the deep end trying to cover for him while a replacement was found[…].”  While Dave was in charge, the company spent two months looking for the right candidate to replace the previous editor.  At that point, DMC’s owner, Tony Prince, realized what a good job Dave was doing and let him continue.  “It was an incredible opportunity,” said Dave. “To become editor of a fledging Dance music magazine right at the start of the Acid House movement and the DJ and Electronic Music revolution [sic].  Talk about being in the right place at the right time.  I was in the eye of the storm.”

Not only is Dave Seaman an accomplished DJ and magazine editor, but he is also a talented music producer and remixer.  Over the years, he has remixed artists such as Blur, Chic, Sasha, Seal, Sting, U2, Janet Jackson, and even Michael Jackson!  We asked him which of the remixes he’s done had him the most excited upon completion.  Dave said, “The Eurythmics ‘Here Comes The Rain Again”, Billie Ray Martin ‘Your Loving Arms’, Secret Life ‘Love So Strong’ all spring to mind.”  We also asked him if there were any music productions that he has listened back to and impressed himself on.  “It’s not something I make a habit of[,] but occasionally someone might post something online,” he said.  “The other day someone posted a link to our remix of David Bowie’s ‘Jump’ which I’d not heard in a long long time. It sounded pretty good actually. Somethings [sic] stand the test of time better than others.”  He went on to mention, “The thing I’m most proud of would be Kylie Minogue’s ‘Confide In Me’[,] which I also wrote and produced with my Brothers In Rhythm cohort, Steve Anderson.”  He said that whenever he hears that song, it “always till sounds great”.

For those of you that don’t know, last year, Dave released the world’s first crowd-funded mix compilation (The Selador Sessions) through Kickstarter.  “It was such a fantastic experience. Breaking new ground by being the first DJ to do it was exciting and nerve wracking [sic] in equal parts[,] but ultimately very rewarding,” he said.  “Being able to harness some incredible support from my fan base to not only do the album but also do lots of private parties and DJ lessons and VIP nights out with everyone that contributed was something that would be hard to resist not doing again. I truly believe this will become more and more the norm for artists. With social media playing such a big part in everyone’s lives[,] it’s a great way to make creative projects happen.”

In 2011, Dave Seaman played Club Ellui with Nick Warren here in South Korea.  We asked him about what he remembered about that time and he replied, “I remember it being a good gig. Ellui was a great venue. I also remember the Korean hospitality being so good that I was quite drunk by the end of the night!”  It’s truly great that artists see the hospitality of this country and continue to come back and play shows.  This time around, Dave is returning to Gangnam to play at Club Vanguard.  The venue is absolutely massive, so I’m sure he’ll be feeling a lot of great vibes from the crowd.  When asked about how he will approach his set at Vanguard, he answered, “I always try to do my thing[,] but obviously with the flexibility of how I read the crowd on the night. I’m playing at peak time though so let’s just say it will be full of energy :-)”  If you are just starting to learn to DJ, or even if you have been DJing for a long time, pay close attention to that answer.  The ability to read a crowd well is the best thing you can do behind the decks.

To wrap up, we wanted to give Dave the opportunity to let us know what he has coming up in the next few weeks: “I’ve got quite a few releases coming out. One for Great Stuff Records called ‘Flatter To Deceive’, a collaboration with One Million Toys for Tulipa called ‘Everything Comes In Threes’ and another for my own label Selador that I did with Funkagenda entitled ‘Naughty Forest’. The label will actually be a big focus for me this year. We’ve got loads of amazing releases scheduled from the likes of Robert Babicz, Wehbba and AFFKT. Selador is go!”  It sure sounds like we can expect some great music this year from Dave Seaman and his label.

Edit 03.15.2014: Changed the feature to an article format, rather than its previous form as a Q&A 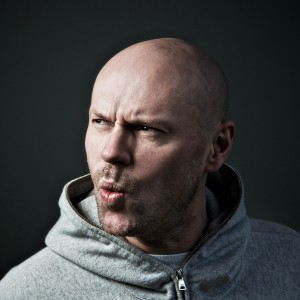 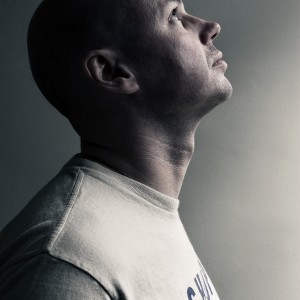 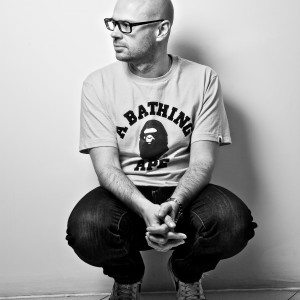