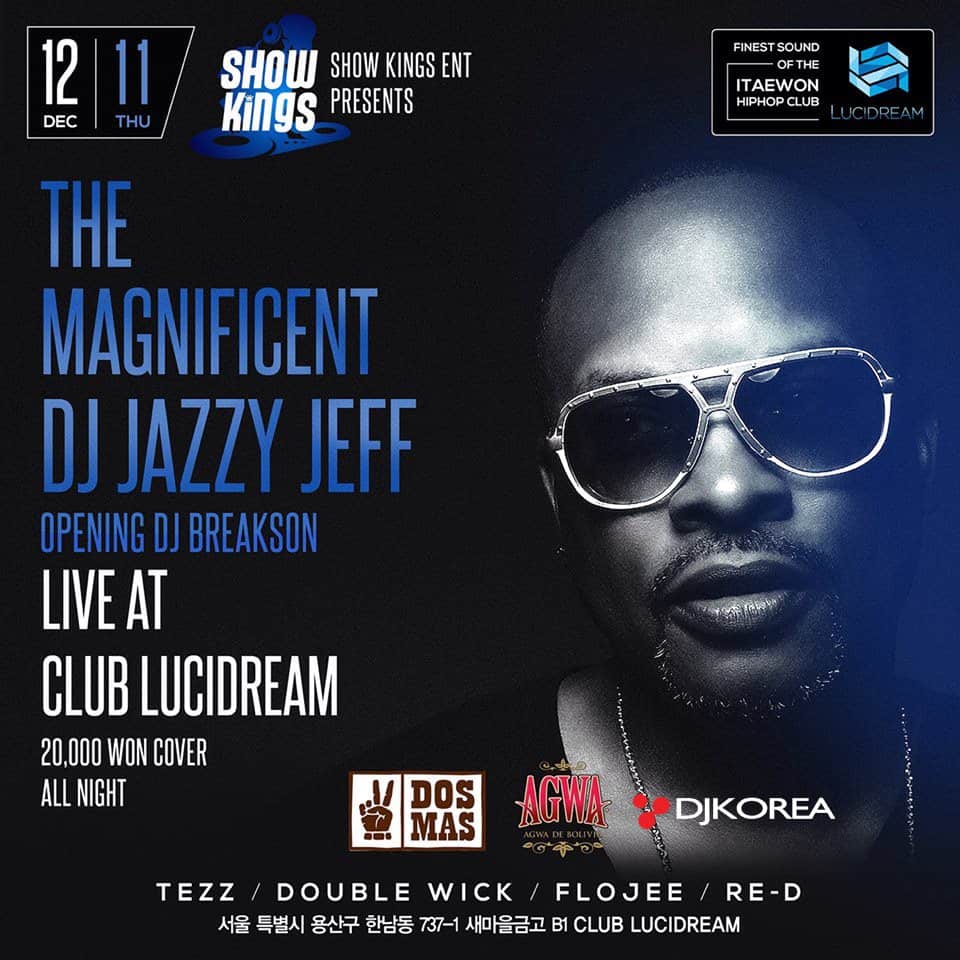 While Friday and Saturday nights usually reign supreme when it comes to parties and events, this Thursday, Show Kings Entertainment flips the script by presenting The Magnificent DJ Jazzy Jeff.  Although he has had an expansive career, DJ Jazzy Jeff is best known for his involvement with Will Smith as one half of the duo DJ Jazzy Jeff and the Fresh Prince.  The group won a couple of Grammy Awards including the first rap Grammy ever awarded in 1989.  As a music producer, he has worked with and developed some incredibly talented people such as Eminem, The Roots, Talib Kweli, and Jill Scott.  It’s always great to have legendary DJs play in Seoul, so make sure you are there this Thursday, December 11th.  Although he has been to Seoul before, there’s just no telling when he might be back.  The night kicks off at 10 PM at Club Lucidream located in Seoul’s Itaewon neighborhood.  Tickets are available at the door for an insanely affordable price of 20,000 KRW.  If you would like to reserve a table for the event, you can call this number (010-4377-0187) or send a message to Show Kings Entertainment on Facebook here.  Find the Facebook event page here to RSVP and invite your friends.  Look for us on Thursday and smile for the cameras!