At this year’s Global Gathering Korea, we had the distinct honor and pleasure of interviewing one of the headliners.  In this ElectRow Interview, we sat down with one-half of the duo, Bassjackers.  For those of you unfamiliar with Bassjackers, they’ve delivered some massive hits that you would surely recognize if you heard them.  Bassjackers is quite unique in that one half of the duo produces the music, while the other half mixes as the DJ for events.  We talked to Marlon Flohr, the DJ half, following his performance at this year’s GGK and covered a wide range of topics.  You can check out the questions and answers below, and be sure to see the photo gallery and the music video for ‘Savior’ following the interview!

ElectRow: What did you think of the Korea crowd?

I absolutely loved it.  The energy level was so high.  I turned the monitors up really loud, but I still could hear the people scream at the drops…Bassjackers is high energy music — big build ups and big drops.  [It’s a] very big room kind of sound — and well, they loved it.  You feed from each other’s energy…They were going crazy, I was going crazy, everyone was going crazy.

ER: You guys have a busy schedule and this is the second stop of your Asian tour?

Yeah, this is our second stop. Yesterday we had Manila for Neverland Festival, which was also really good.  And we’re going to have like 6 more shows I think.   Going to be a few club shows.  From the top of my head it’s Zouk Singapore, we have a club show in Thailand, we have our first show in Japan.  I think we have one festival in Borneo.  I’m probably forgetting something, but it’s a really busy schedule.  We try to do an Asia tour at least once a year, and it’s always around fall.

ER: So in the past where have you performed in Asia?

We did a bunch of Asia shows. We have done a lot of them on Malaysia and Indonesia and we did a festival in Thailand before.    But this is actually our first time in Korea.  We had offers years ago.  We always wanted to go, but it’s really difficult to get a good routing because it’s pretty far out for us, so we have to make a tour.    And, well, this is the first time we could make it happen, and I’m really happy with this one.

ER: Being your first trip to Korea, have you had any time to explore Seoul?

I flew from Hawaii to Manila, I straight played a festival.  And then after the show, we flew out to here.  I had some few hours to rest at a hotel and played the show here.  But tomorrow, actually, we have a day off in Korea, so we are just going to maybe be a tourist .

ER: Have you had any recommendations of things to check out in Seoul?

Tourist wise not yet, but I am going to figure it out.  I heard something about Korean BBQ, so that’s definitely on the list.

Yeah, so we have the Asian tour now, then we have Amsterdam Dance Event.  In between, we have a really important release its our new track “Savior” on Spinnin’ Records.  It’s going to be released while ADE is happening and at ADE, we have the kick off party for our US tour.  So we’re going to do a show at Escape together with Dyro.  We’re going to do a 30+ show US bus tour, so it’s going to be six weeks on a bus with Dyro, which is probably going to be fun because we already did the Grid tour in 2012.  We’re buddies and we really wanted to make something happen again and this is the one.  And it’s going to be a big one.  We do all hard ticket big venues in the US and it’s actually our first headlining bus tour for both of us, because he was always on the Revealed bus tours and we did some support shows with Bingo Players in the past, and now this is our headlining bus tour.  So kick off at ADE, big release coming up, and then the bus tour.  So, we’re going to end this year with a bang.

ER: This is your first bus tour?

It’s not the first bus tour, but it’s the first headlining bus tour.  When we just started touring, we did support for Robbie Rivera.  I think that was like 2011.  And we did support for Bingo Players together with MakJ last year, which was 45 shows.  We played 2 months almost every day.  Together with Dyro, we’re going to do the bus tour.  For support, we’re going to have Jay Hardway, Kenneth-G and Conro.  I think it’s going to be a lot of fun.  It’s probably be a crazy after-movie  of big shows.

Bassjackers is me touring and Ralph producing.  I am about the tour life.  I love it.  I love traveling, meeting new people, playing shows.  I love to party, I am not going to lie.  And Ralph is more [of a] in-the-studio kind of guy.  He just wants to make music. He loves to come on tour once in a while, but he doesn’t really like flying.  He’s not a big fan [of traveling].  It’s not for him.  After a week, he’s exhausted, like being on the road.  We’ve been together since 2007, but he has never played a show. There’s some confusion about it,  like, ‘Why is Ralph not on stage?’ or, ‘Where is he?’ But he has never been on stage actually.  So this is our work — he’s going to make new music and I am going to go on tour. I’m going to be back at our studio and we try to wrap up the tracks together because while I am not technically a producer, he’s behind the buttons, but I am still giving feedback and my DJ perspective on the music.  I’m going to test every new track and I am going to say ‘Yo! Maybe we should do it a little bit more like this.’  Or, ‘Change this and this and that.’  And that’s how our tracks come together.  If you want to know Bassjackers, it’s one producer/one DJ.  And Bassjackers, the shows, are the end result of the work we put in together.  So when I’m on stage alone, it’s actually me representing us.  I mean, if you’re always in the studio you don’t really know.  Sometimes he is like, ‘I don’t know if this is good.  It might be good, but what do you think?’…For example ‘Crackin‘ is one of our biggest tracks this year, but while he was in the studio he wasn’t sure about it.  He made like a sketch and had the sounds going and [said] ‘I don’t know about this man, what do you think?’  ‘This is going to be amazing.  Maybe you should do it [a] little more like this.  Let’s just test it.’

ER: How did the hook for that come about? You know, the sample “All up in the club and get shit crackin”…

So, we have a huge sample library.  Nowadays, people kinda need like the heads-up, like, ‘When is it going to drop?’  Right before the drop you want either this catch phrase or a snare roll — something that introduces, ‘Okay, it’s going to happen.’  And we have this old samples from hip hop tracks…little vocal cuts.  And we just go through it…listen, listen, listen.  ‘Ah this could be something.’  And we put it in and we change it a little bit — pitch it down or pitch it up.  I think it’s from an old hip hop sample or something. We didn’t do it ourselves…We don’t do a lot with vocal recordings ourself.  We sample a lot from old music and that kind of stuff, so this is definitely an old cut up hip-hop sample or something.

ER: From a DJ perspective what is the most important things you look for production wise.

Me and Ralph listen to music from a whole different perspective. Ralph is always considerate about arrangement and everything has to come together and I am always like ” Yo, just bounce it out, I am going to play it.’  And he says ‘No, it’s not finished yet. The arrangement is not there yet.  It’s not a track yet.’  So from my perspective, how I listen to tracks is, ‘How is this going to  go down on the crowd?  How is the crowd going to react to it?’  I can immediately hear, usually, if it drops or not.  That’s how I would say it, like ‘This is going to drop.  It’s going to work.  When this drops, people are going to go crazy.’  And it’s an energy kind of thing. It’s how you build up to it.  It has to be in balance.  If you have a really, REALLY, huge build up and it drops with kind of limited elements, that usually works because you build up to something really big and ‘dugh’ that works.  But sometimes, you do it the other way around.  You build up and then the drop has a lot of energy and ‘whoa’ it’s like all in your face. It just depends. I can not really explain it production technically, but when I hear it, I know it.  It’s really important.  Everything has to come together.  You have to have the DJ ear and the produce ear…it’s always discussion[s] and he wants this and I want this, but at the end we have a product, a track, that we are both happy with.  It’s usually good.

ER: Anything you are excited about that is coming up for Bassjackers?

I am really excited about, of course, our next release “Savior“. We had this one finished for a while, but at some point I just stopped playing it because we had ‘Like That’ coming up.  And we wanted to save it a little bit for later.  And then we had the release date, but now it’s in every set.  The feedback is really good.  When we did the preview, when we released it on the socials, people were really loving it.  Hardwell and Martin Garrix are already heavily supporting it, so I am excited by that.  Of course we have the tour with Dyro which is probably going to be with another collaboration.  It’s not finished yet, but it’s in the workings.  And working with Dyro is always amazing because we think he is one of the most talented producers right now in the scene.  His sound design, his engineering, everything is just top notch. And we have another exciting thing in the workings.  It’s actually a collaboration with Coone, which is a hardstyle producer.  And we [are] trying to do a ‘best of both worlds’ kind of track. So, it’s not there yet.  The first sketches are there, but it’s probably going to be a 130/150 [bpm] crossover with hardstyle elements [and] EDM big room elements. We want it to be a collaboration. You know, like an actual collaboration that people say, ‘Oh, this is what Bassjackers did and this is what Coone did.’  And we want his fans to happy and we want our fans to be happy.  And if we can achieve that we’re all super happy. I love the hardstyle culture because it’s one of the most dedicated fan bases out there.  It’s crazy and it’s really inspiring to see how that works.  I never used to be really into hardstyle but now I am discovering it through Coone and Headhunterz is also doing crossovers and a bunch of other guys.  I really love the energy and I really love their fans because their fans…they are so dedicated. That’s what Coone told us like, ‘Hardstyle is dedication,’  and I totally get where he is coming from.

ER: Thanks for your time and go get some rest! 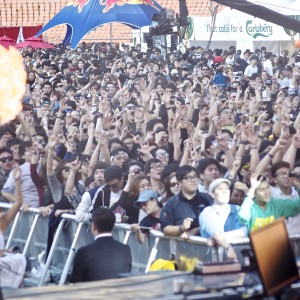 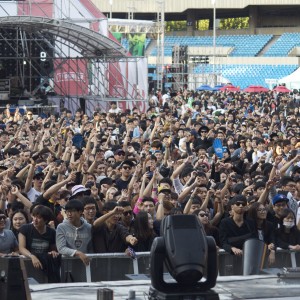 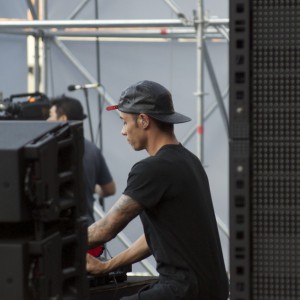 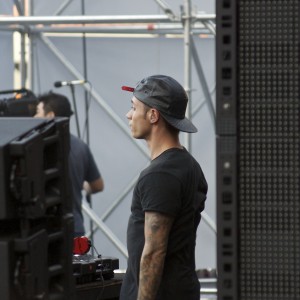 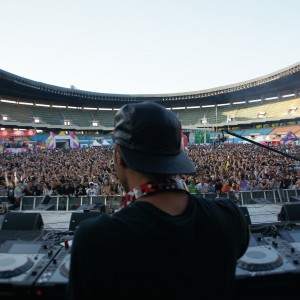 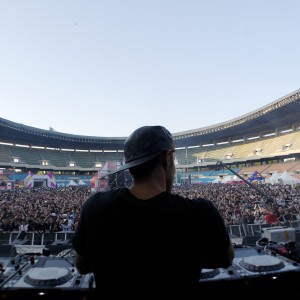 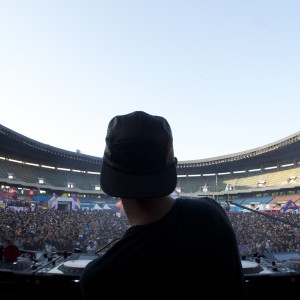 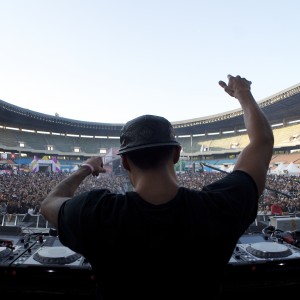 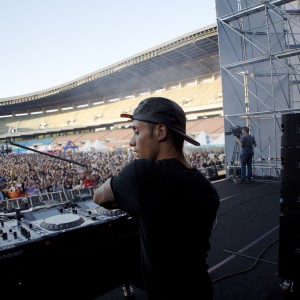 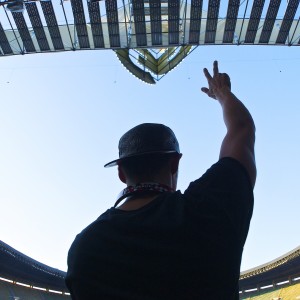 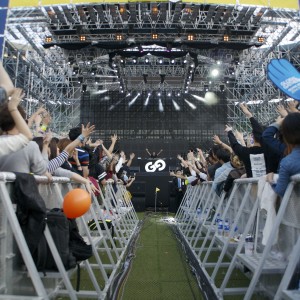 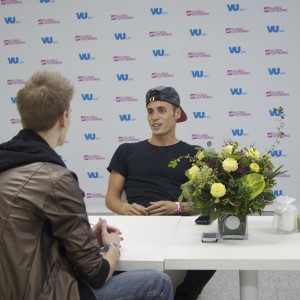 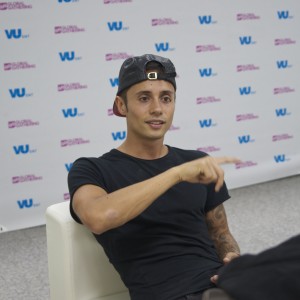 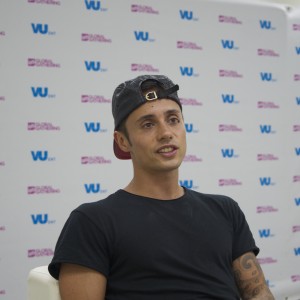