All The Gear All The Time in South Korea

I’ve been asked a couple of times recently about good places to buy motorbike gear in Korea. But didn’t think of making this post until I found this.

It did suddenly occur to me that both the quality and availability of gear in Korea should be discussed. Now I will approach this subject with the following disclaimer: I am not an ATGATT rider (All The Gear All The Time). While I absolutely appreciate the benefits good quality protective riding gear can offer a rider in a crash. The practical reality of my needing to be at work in a suit, and a commute often consisting of incessant inner city stoplights in 35° heat makes it difficult. I can neither show up at work looking like I bathed in sweat, nor a stand in for the village people. That said whenever feasible I want the best gear I can afford to drape myself in, so lets take a good look here at what there is out there, where to go for the good stuff, and what to avoid: 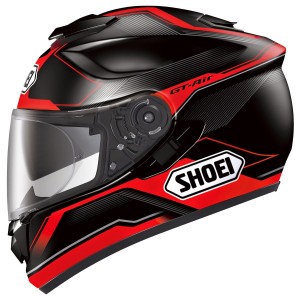 Aside from the aforelinked bullshit, you’ll want to avoid any half helmets, 3/4 helmets, skullcaps, or steel yamulcas. Even modular helmets should provoke high levels of suspicion. The only protection that really matters can only be had with a proper full-face helmet. While more money usually means better quality and factory service for damaged or worn out helmets, you can get an acceptable example for $100~$150. Try to go for a decently well known brand, to ensure you won’t be a victim of a knockoff brain-bucket. Be sure to check outer and inner inspection stickers (sometimes under the padding, look thoroughly) as it should be both DOT and SNELL (or better yet ECE 22.05) certified. Almost all stores in Korea will fleece you on this, and you don’t want used either, so the best place to get this is online or in Japan. The only reason to ever accept less than this is if you’re of the mind that if it weren’t for local laws requiring helmets, you’d have your hair in the breeze.

Helmets can be found at pretty much any motorcycle or gear shop. Toegyero (퇴계로), is the famous “motorcycle-street” in seoul, and it has pretty much all you will need. Problem is, it also has a lot you won’t need and don’t want. Trust me, some of the cheap Chinese stuff there won’t protect you from a fall in the bathroom, let alone a motorcycle crash. My recommendation is to get a decent brand helmet from Toegyero (Shoei, Arai, Bell, Shark, Agv, KBC, or HJC. Most other brands here will be suspect), then go to the Maxler leather shop in Itaewon for deals on most other riding gear that will most likely be cheaper than your home country. I suppose another option is to get second-hand gear from Passo, Craigs, or the ROK riders Facebook group, you might get some great stuff. 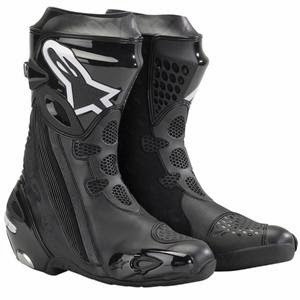 Next in importance are boots when it comes to safety. If you don’t believe me<NSFL>this,</NSFL> should convince you. Lower limb injuries can not only be horrendous and have a greater chance of amputation, but they are also common when reacting to a bike accident as if it’s a normal situation (i.e. attempting to run on the pavement at 100 kph) . While anything is better than nothing, you still risk serious injury if you’re not wearing anything with ankle support. Ski boots have ankle support for the same reason. Given this, riding-specific boots are the best option. Even so when shopping for these, make sure the boots allow enough movement for you to shift properly, but maybe not enough for running a marathon. That’ll help keep you and your metatarsals off the operating table. 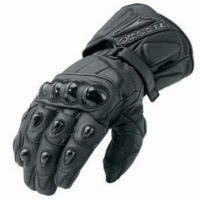 Getting your other set of extremities covered comes next. When buying these its a good idea to keep in mind the climate in which you live, and shop accordingly. The only reason I don’t have gauntlets is because I couldn’t find any without vents that will be a problem for me in the colder weather. So get gauntlets if possible. Also, as cool as those knuckle protectors might look when you leave their impression on some chump’s face in a bar fight, they’re not as important as you’d think when sliding across the pavement. People tend to put their hands flat when they hit the deck, not punch it. So look for gloves with thicker leather on the palms and fingertips.

Deciding on weather to buy leather or textile jacket and pants isn’t quite like deciding on paper or plastic at the grocery store. There is little argument that thick leather will provide the best protection from road rash of anything out there. There is a reason only leather is used in racing. That said you aren’t racing, and you may be more likely to make a mistake when overheated in a neck-to-toe cow suit, than you will  be needing the kind of protection required to walk away from a 200 kph accident. So honestly when it comes down to what material to choose I would say that on the street this is more a matter of personal preference and climate. When it comes to Korea, varying temperatures, and weather conditions, and the difficulty of finding decent protective gear amongst the junk will make this quite a dilemma. For example, one thing to be careful of are the clip-on hard plastic protectors that are used by 택배 (delivery riders). I really have no idea how useful these are, but I reckon there is a reason I’ve only seen them on skateboarders and rollerbladers back home. I would be just as suspicious of these as I would of a modular helmet.

Lower body injuries suck. They also tend to be more limiting in your daily life. I’d rather have my arm in a sling any day than walk around in crutches. Furthermore, properly made riding pants will be bent into an appropriate position for riding, so sliding around on your seat and having your pants bunch up will become an uncomfortable thing of the past. When selecting pants, check to be sure they have good hip, tailbone, and knee protection regardless of what material it’s made of. I recommend getting pants with removable pucks for knee sliders, especially if you plan on riding aggressively.

Yes, the iconic symbol of motorcycling, and the coolest looking part of your gear ensemble comes dead last. Why? because statistically it’s the area of your body least likely to take damage in an accident. Might not apply to Korea specifically, but I’d wager the principals here are the same. Any decent jacket will come with shoulder and elbow protection, better jackets will have a protective insert for the spine, and extra padding around the hip area. I’d advise picking up a perforated leather, or ventilated textile jacket if you live in a climate that is even slightly warm. I might be from the North, but Korea can get a bit more than slightly warm.

At the end of the day, the gear you buy will be a compromise of your budget, comfort, and the level of risk you are willing to accept. I’ve been in crashes before, I’ve seen their aftermath, I know my abilities, and I know how insane other drivers can be. I know how easily I could end up as little more than a smear on the pavement through no fault of my own or anyone else. We must remember that riding a motorcycle means accepting risk. One just has to decide what level of risk is acceptable, with no self delusions and an honest appraisal as to how safe you are riding. Even the most expensive, most protective gear won’t save you from a bus rolling over you because you were unprepared for some oil spilled in the road. Motorcycle gear is a form of passive safety (like an airbag), it’ll help you if the shit hits the fan, but it won’t save you from the consequences of poor road craft or inadequate riding technique.

UPDATE: For the sake of Electrow’s readers, I recently encountered a similar article, by a much more accomplished journalist. I’m including it here, in case some readers are interested in the links for his recommended riding gear. Also, AFAIK RevZilla does ship to Korea. 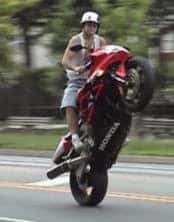 Don’t be this guy

Need to buy a bike?

Already bought a bike, but need to get it registered? or a license?