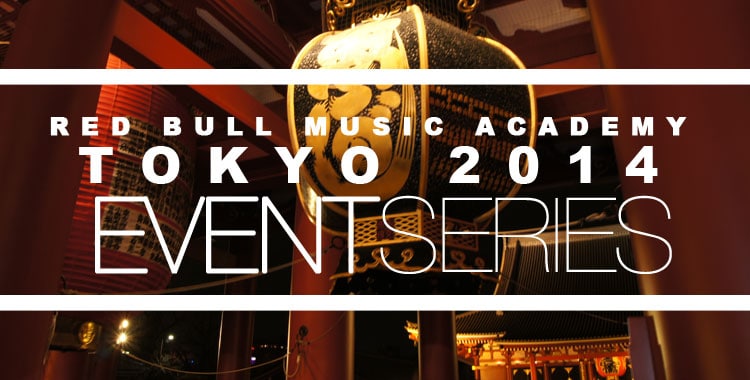 From October 12 to November 14, the Red Bull Music Academy will touch down in Tokyo to curate a cutting-edge, interdisciplinary culture program of music events, workshops, public lectures, and art exhibitions.

Hailed by the New York Times as “one of the greatest musical happenings”in the city when it set up shop for its last installment, the Academy has left a lasting impression on the world’s foremost creative hotbeds. Traversing the globe since 1998, the Red Bull Music Academy has established itself as the music world’s leading institution for fostering creative exchange between the innovative vanguard of local scenes, and international talent both emerging and foundational.

Coming to Asia for the first time in its 16-year history, the Academy sets out to explore the rich musical and artistic legacy of Tokyo, and shine a light on it for the world to see. The program reflects a deep reverence for the trailblazers of Japanese culture past, present, and future – including a public, large-scale sculptural light installation by pioneering electronic and visual artist Ryoji Ikeda, an improv-themed show led by EYE of seminal noise rock group Boredoms and pioneering avant-gardist Otomo Yoshihide, a video series celebrating the unsung heroes of video game music, a multi-booth live stream from famed karaoke hotspot Karaokekan Shinjuku, public lectures with Otomo and multimedia artist Daito Manabe, collaborations with local festivals and club nights, and much more.

For the duration of five weeks, 59 participants from 34 different countries (selected from a total number of 6,229 applications) are invited to work on music together in a state-of-the-art studio complex amidst the hustle and bustle of Tokyo’s Shibuya district. Spread over multiple floors, the Academy space is designed by Japanese architect extraordinaire Kengo Kuma, whose approach mirrors the curriculum, as he likes to learn from the past and update these traditions for the 21st century. The building will feature installations and artworks curated by Kenji Kubota. After the Academy, the structure will find a lasting place in Tokyo’s cultural life and continue to host art installations and studio sessions.

Each day will see two iconic musicians pass through the gates to share their knowledge and expertise with the participants as part of the Academy’s signature lecture format. Though the lecture program will only be open to the 59 participants from all over the world, who made it past the gruelling application process, and past their more than 6000 competitors, everyone may cherish the resulting videos on redbullmusicacademy.com. The same goes for the actual musical productions in the makeshift studios, where participants are guided by a mentor team that includes Kerri Chandler, Richie Hawtin, Carl Craig, Just Blaze, Mathew Jonson, and Dorian Concept, who will host workshops and work side-by-side with the Class of 2014 around the clock.

Leading up to the Academy and over the course of its duration, Red Bull Music Academy will also serve as portal to a wide range of cornerstones that make up Japanese music culture. The video series Diggin’In The Carts seeks out the unheralded musical heroes of the 8-bit era and beyond, bringing to light the hidden history of Japanese video game music. The global impact of these composers still resonates today – as close Academy associates like Flying Lotus, Mobb Deep, Dizzee Rascal, Just Blaze, J.Rocc, Fatima Al-Qadiri and Thundercat will illustrate throughout the series.

A series of online comics will pay tribute to Japan’s culture of manga comics and its impact across the world. Two Japanese artists and two artists from Europe and America will share their depictions of crucial events from music history, underscoring the ways in which diverse cultural backgrounds shape our perception. Highlighting Japan’s perennial standing at the forefront of innovation and musical machinery, the Future Instruments series will invite distinguished artists and musicians to share their vision of what music making will look like in the year 2214. 3D artist Kim Laughton will translate their ideas into gripping visualizations.

Tickets for all events will go on sale August 23rd. 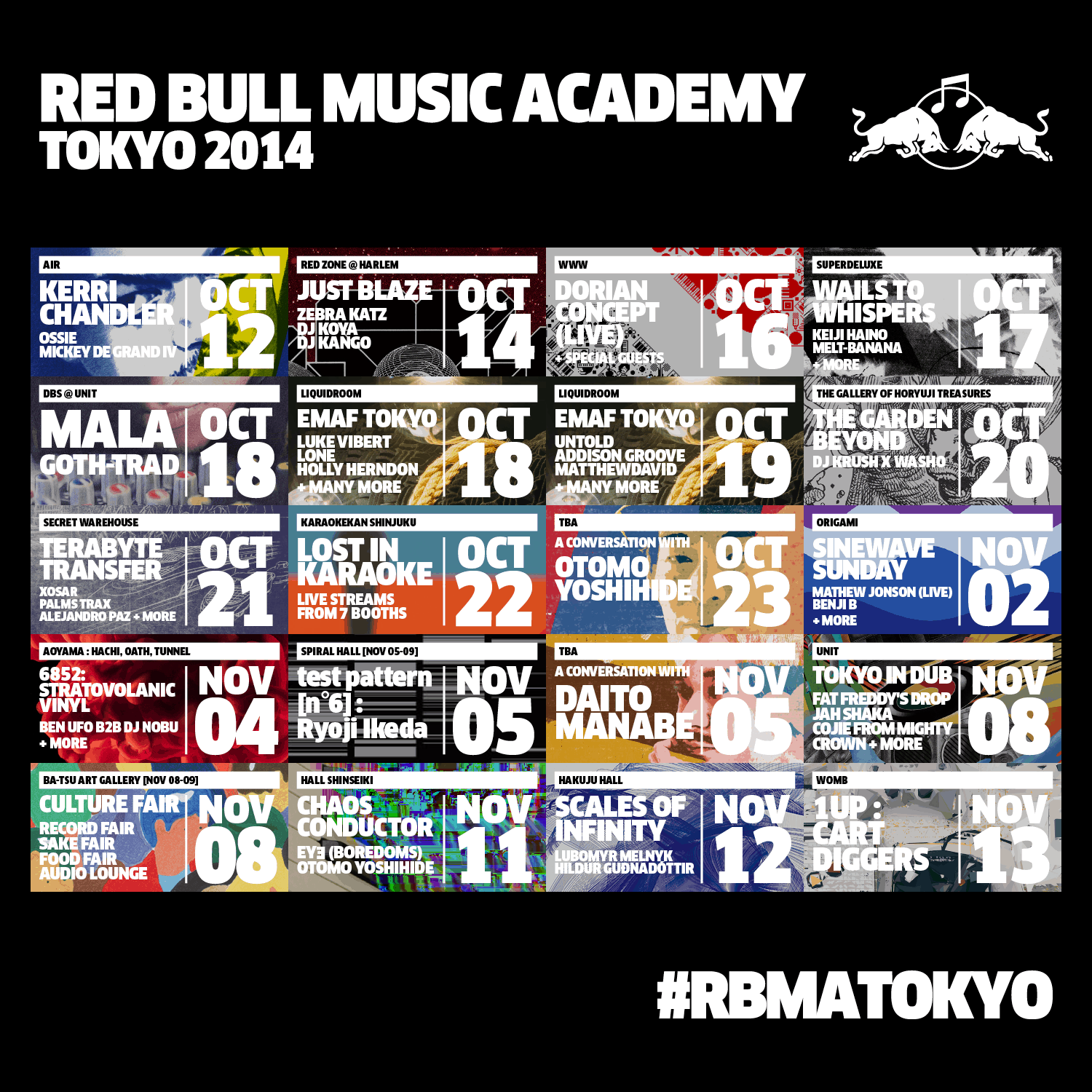 Famed for his detailed and textural explorations of sound, as well as his large-scale sculptural light installations, Ryoji Ikeda transforms the visible and invisible data that permeates our world into audible and visible works that transcend our everyday imaginings. He has performed and exhibited at world-renowned venues including the Tate Modern, London; the Centre Pompidou, Paris and MIT, Boston. As part of Red Bull Music Academy Tokyo, Ikeda will bring his test pattern series to Tokyo for the very first time ever, premiering test pattern [n°6] : Ryoji Ikeda by taking over Spiral Hall in Aoyama district for five days between November 5th and 9th.

Bringing the sound of Japan to the comfort of homes across the globe, the Lost In Karaoke event on October 22nd will be broadcast live from inside seven separate booths in Tokyo’s most popular karaoke house, Karaokekan Shinjuku. Instead of Bill Murray delivering his interpretation of Roxy Music, the night will feature seven local crews waving the flag for various musical subcultures. Be it the saccharine dance pop of tofubeats, the big, bold and beautiful bass music of seiho, or Battle Train Tokyo’s footwork interpretations – the karaoke booths’intimate setting will be opened up wide for one special evening for a worldwide audience to experience.

Steeped in tradition yet embracing the present, The Garden Beyond: DJ Krush x Washo on October 20th embodies Japan’s eternal timelessness. In front of The Gallery of Hōryū-ji Treasures at Tokyo National Museum, pioneering hip hop artist DJ Krush will demonstrate his mastery of the ones and twos in conjunction with a group of musicians playing traditional Japanese instruments. The combination of old-school and new-school will make for a spectacular fusing of elements in the enticingly lit courtyard that houses history enshrined.

Combining the long-running history of improvisation in Japanese music with contemporary sounds from around the world, Chaos Conductor on November 11th will bring the Boredoms’EYE and Otomo Yoshihide to Hall Shinseiki, to separately work with the participants from this year’s Academy. Boredoms have spent the past decades focusing their attention on incredible live experiences and Otomo Yoshihide has spent his career in various improvisational contexts, so this night with the two of them conducting the musical moves of the participants throughout the evening will no doubt be unpredictable and thrilling.

A journey from nosebleed-inducing noise music to ethereal washes of ambient awaits attendees at the Wails To Whispers night on October 17th. At Tokyo’s prime basement venue for experimental noise, SuperDeluxe, loud, beat-based music is off the menu after midnight. Perfect timing, then, for the Japanese master of sound catharsis, Keiji Haino, to lull the audience into trance-like in-between-states. Along with Hurdy Gurdy and special guests, Haino will weave together a comforting tapestry of sleep music, after extreme noise acts like Fushitsusha, Melt-Banana, Violent Onsen Geisha and MASONNA have left no room for respite.

Following on from the release of the Red Bull Music Academy’s Diggin’ In The Carts documentary series, which pays tribute to Japan’s leading composers of video game soundtracks, the 1UP: Cart Diggers night similarly salutes those magnetic soundscapes and playful, robotic melodies that have influenced music makers around the world. At notorious Tokyo nightspot Womb, under its iconic oversized disco ball, international and Japanese artists will spend the night exploring video game music from all angles.

Of course the Academy will carry on its longstanding tradition of collaborating with both rising and established local music institutions, venues, and event series also in Tokyo. Returning to Liquidroom for the second year in a row, Red Bull Music Academy teams up with the exciting Electronic Music of Art Festival (EMAF) to present an eclectic assortment of Japanese and international electronic groundbreakers. Untold, Holly Herndon, Lone, Luke Vibert, Addison Groove, Matthewdavid, tomad, Submerse, Daisuke Tanabe and Alex Banks are just a few of the names that will be blasting their tunes through the impeccable sound system at Liquidroom. Additionally the Academy will join forces with tone-setting club nights and events, bringing Just Blaze and Zebra Katz to Red Zone at HARLEM on October 14th, presenting a set from Mala at Unit’s DBS on October 18th, and bringing together Japan’s finest record stores in pop-up form at the Red Bull Music Academy Culture Fair from November 8th-9th.

True to its self-imposed educational mandate, the Red Bull Music Academy will also host two public lectures with esteemed Japanese artists over the course of the Academy. Otomo Yoshihide will take a seat on the couch on October 23rd, to chat freely about his historical achievement in the fields of electroacoustic improvisation, his work with experimental rock group Ground Zero, and his compositions for film and TV. Daito Manabe will follow suit on November 6th. A true master of projection, lighting, design, composition and programming, Manabe will showcase his explorations in testing the boundaries between man and machine.

For the full list of events, shows and exhibitions, please visit redbullmusicacademy.com

The 16th edition of the Red Bull Music Academy will take place in Tokyo from October 12 to November 14, 2014, bringing together 59 carefully selected producers, vocalists, beat-makers, instrumentalists and DJs from 34 countries. They will attend intimate lecture sessions and collaborate on music in an expansive, custom-built creative studio space in Shibuya, designed by award-winning architect Kengo Kuma.

The Red Bull Music Academy has been pairing music legends and emerging beatsmiths since 1998 in cities such as Berlin, Cape Town, Melbourne, Barcelona, Rome, São Paulo, London and New York City. This unique combination of old school knowledge and new school sounds is unrivalled for its creative exploration and achievement. Each Academy edition leaves behind structures to encourage musical collaboration and creative exchange for years to come. By the end of 2014, there will be eleven fully equipped Red Bull Studios around the world.

For more information on the Red Bull Music Academy and to access thousands of lecture videos, mixes, and exclusive tracks visit www.redbullmusicacademy.com or follow @RBMA. To access hi-res art and video of Academy events for media use, visit the Red Bull Content Pool at www.redbullcontentpool.com/musicacademy. 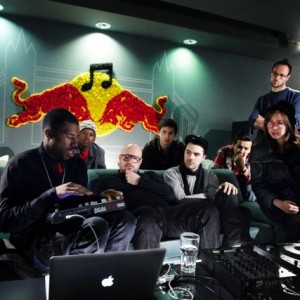 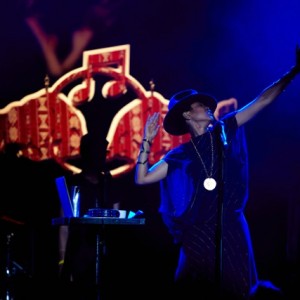 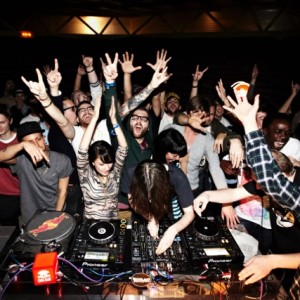 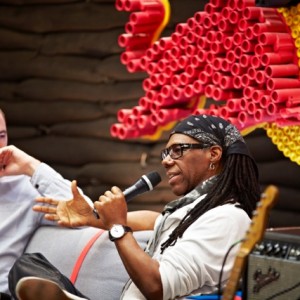 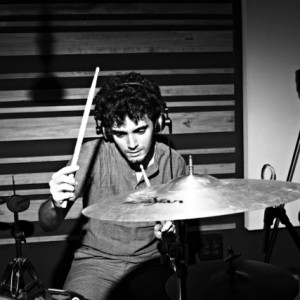 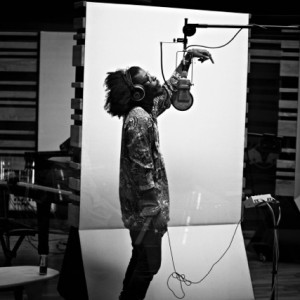 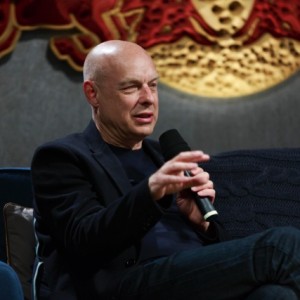 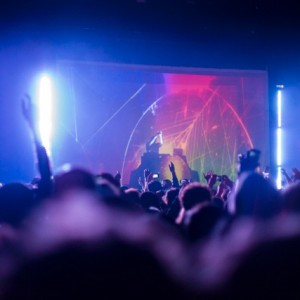 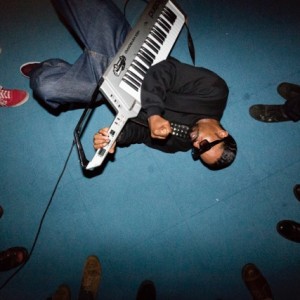 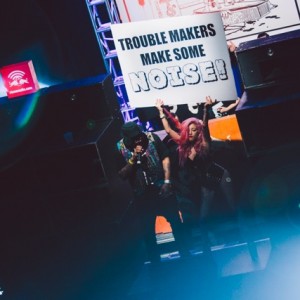 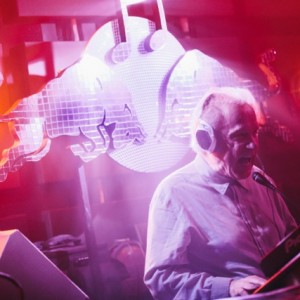 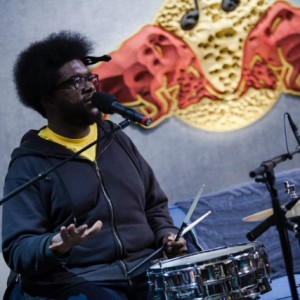 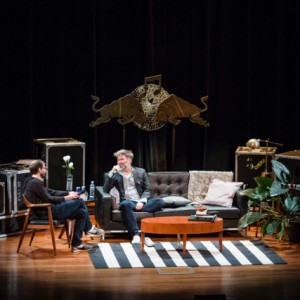 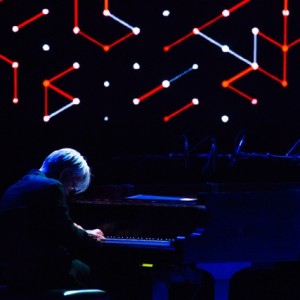 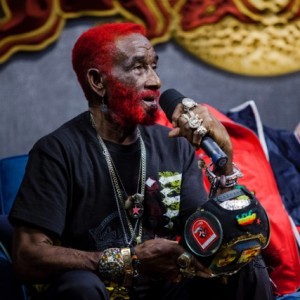 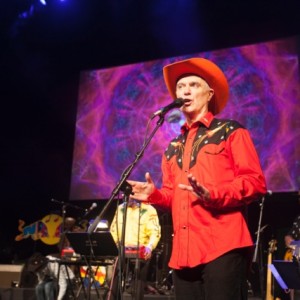 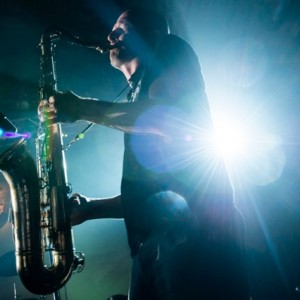 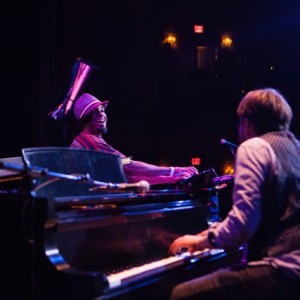 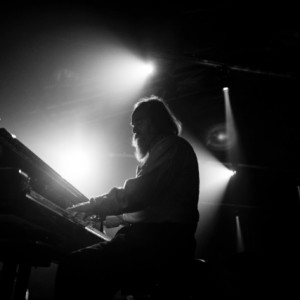 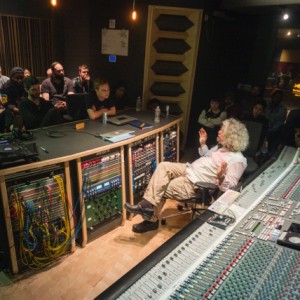 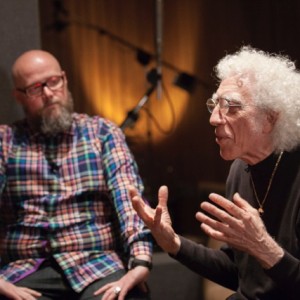 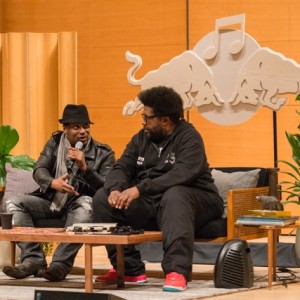 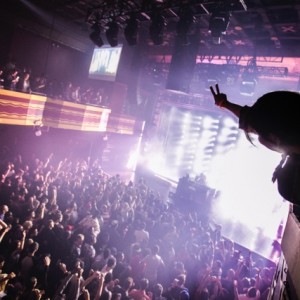 The information found on this page comes from press release and documentation from Red Bull, shared with ElectRow.  Images are courtesy of Red Bull.