Saturday, May 17, was a pretty typical day. I relaxed at home; Miss H went out with some friends. The only thing weird about the day, in fact, was the mild gastrointestinal discomfort I was experiencing. It felt like a case of bad gas or indigestion. I’m an intelligent human being and I know where my large intestine is. I didn’t think anything of it. It was odd because it was persistent. I was still suffering when Miss H came home from her day out. Both of us were puzzled.

On Sunday the mystery was solved. I woke up around 8 a.m., grabbed a brownie from the fridge and nibbled on it as I checked my e-mail. I noticed, with some annoyance, that my abdominal pain had not dissipated. It had, however, localized itself squarely in my lower right side, right about where my appendix should b—

I clicked on WebMD (porn for hypochondriacs) and got the lowdown. Yep—it was appendicitis, all right. I’d had abdominal pain centered around the upper abdomen and navel, which had become sharper and more severe as it zeroed in on my right side. I had [ahem] been unable to pass gas for about 18 hours—which is, if I may be so bold, quite unusual for me. I didn’t have a fever, wasn’t nauseous and hadn’t lost my appetite, but my imagination was already running wild with visceral terrors. I was now certain that one of my heretofore-faithful organs had abruptly transformed into a dirty bomb and was now ticking away inside me, waiting for the right moment to spitefully splatter the rest of my innards with glowing radioactive goo. 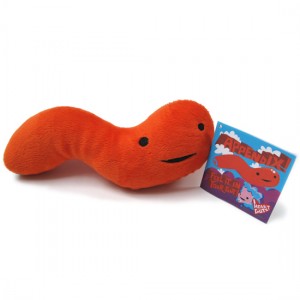 Basically the polar opposite of this picture.

I stood up, marched stiffly into the bedroom, shook Miss H’s shoulder, and said “Honey…I think it’s my appendix.”

She bolted upright. Let me be quite plain: she shot up faster than a horny teenager’s erection in a horror film, and that’s saying something. Miss H is not the sort of person who bolts upright. The only time I’ve seen her do something remotely similar was when we were watching The Amazing Spider-man in a CGV cinema in fantabulous 4DX two years ago and the chair hit her with a little puff of air on the back of her neck the moment that saphead Peter Parker got bit by a spider at Oscorp Labs. She about leaped out of her chair. And that’s exactly what she did the moment I said the word “appendix.” A student at her school had been taken out of commission by a burst vermix a few weeks earlier, so the word was already on her radar screen. Hearing me say it switched her to red alert mode. In a record-breaking five minutes she was up and dressed with brushed hair and a locked-and-loaded purse, and we were out the door.

The cab ride was torturous. Every time we hit a bump (and bumps are plentiful on Seoul’s aging, sinuous streets) my lower right side screamed for clemency. I gritted my teeth and tried to look brave, even as my subconscious regaled my psyche with every disturbing scene from that Madeline episode I’d watched as a kid where the titular character’s own appendix starts swelling and pulsating.

The only reputable hospital in the area that we knew about was Asan Medical Center in Songpa-gu, so we headed there. We were directed to the emergency clinic, where my name, temperature and blood pressure were taken (but not given back). Miss H and I then sat and waited two hours until blood and urine tests, an electrocardiogram and a CT-scan were made and three hours until the results came back. My panicky, inchoate suspicions were confirmed: I had appendicitis. Appropriate phone calls were then made to appropriately-alarmed family members. Then the nurse dropped the bombshell: every bed at Asan was full, and I couldn’t be operated on there. Fortunately, there was another hospital ten minutes away which specialized in appendectomies.

So Miss H and I waited another antsy hour for the ambulance to show up, endured another bouncy ride to Songpa Cheong Hospital near Olympic Park, and—

—and then waited another six hours until it was time for my surgery at 9:00.

It was the brownie.

The stupid brownie did me in—the one I’d had for breakfast, remember? One of the first questions I was asked upon arriving at the hospital and alleging that I had maengjeongyeom was “Have you had anything to eat today?”

Well of course I had: a brownie (I said “cake” to make things simpler) at eight o’clock. Because of this, we had to wait two hours for the tests to be conducted, and had to wait until nine o’clock at night to have the offending organ excised. Splendid—not only had I sabotaged my only chance at speedy diagnosis and treatment, but now my poor dietary habits were on display for the entire Korean medical community to see.

Culinary indiscretion aside, at nine o’clock I found myself walking from the three-bed fourth-floor ward down to the operating room on the third floor in the company of a cabal of nervous, squawking nurses. The cluttered operating room was clean and bright. Shiny steel tools were laid out on trays. Green cloth covered every pertinent surface. A fat housefly, which I could only assume had been sterilized beforehand, buzzed about the disc-shaped UFO of a surgical lamp. The young, skinny surgeon and his pie-eyed assistant spread-eagled me on the operating table and inserted a syringe into the IV tube already conveniently embedded in my arm.

“You go to sleep now,” the surgeon said.

It would be my first time under general anesthesia. I wondered how long it would take for me to—

Be sure to check out part two