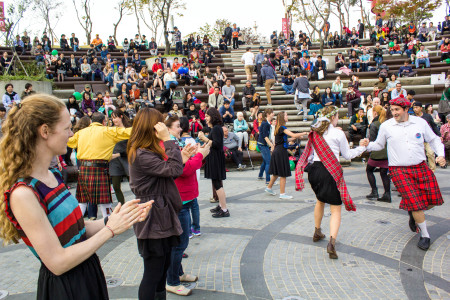 The St. Patrick’s Day Seoul 2015 festivities will begin at 1pm and run until 6pm on Friday March 14th in D-cube City at Sindorim Exit 1.

The central theme of this year event is “Sounds of Ireland”.  “St. Patrick’s Day is a global festival that celebrates Irish culture. It is an opportunity to experience the music, dance and arts from Ireland,”said Shauna Browne, chairperson of the Irish Association of Korea (IAK), which organizes the event.  At the open-air festival on March 14th, you can hear the traditional and modern sounds of Ireland through the many talented musical and dance acts the festival has lined up.  On the day, you will hear a variety of instruments like the Irish tin whistle, the fiddle, the accordion and even the Scottish bagpipes. You can watch a fusion of traditional and modern Irish dance performed by award winning Korean dancers, while also listening to the sounds of old style Irish singing and Irish-influenced rock music. 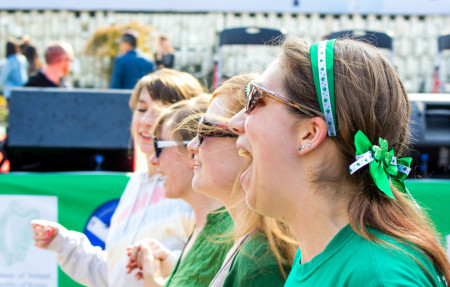 Since it was founded in 2000, the IAK has entertained and shared the culture of Ireland with thousands of Koreans and expats living here. Experience the sounds of a country heaped in traditional and historical culture without even leaving Seoul. Emilee Jennings, IAK Publicity Officer said, “Through Irish dancing and Irish traditional music we want to share Ireland’s rich culture and Celtic history with the people of Korea”.

There will be face painting, musical and cultural entertainment and lots and lots of green, the national color of Ireland.  Visitors will also have the chance to win return flights for two to Ireland, thanks to British Airways, one of the sponsors.

After Party in Itaewon

There will also be a St. Patrick’s Day after-party from 7pm until midnight at the Rocky Mountain Tavern in Itaewon. This party, known as the Hooley, is a fundraiser for future IAK events.  Entrance costs 10,000 won and the fun will continue with a mix of live traditional and modern music.  The IAK will supply a limited number of buses to drive Hooley ticket holders from Sindorim to Itaewon.  A seat on the bus can be reserved by people who purchase tickets to the Hooley during the St. Patrick’s Day festival.

**Please note there are a limed number of bus seats available and the buses will run from Sindorim after the St. Patrick’s Day festival.**

For more information, please feel free to contact the Irish Association of Korea.